Born in Rome on October 6th 1972. Sandro studied set design at the “Istituto per la Cinematografia e la Televisione Roberto Rossellini” in Rome. Immediately after graduating he began working as a light and sound engineer in Roman theatres. In 1993, he studied acting in one of Rome’s best private schools and the following year he began his professional career as an actor with directors such as Luciano Melchionna and Giancarlo Cobelli on stage and Dario Argento, Davide Marengo, Carlo Verdone and again Melchionna on film. Since October 2013, Sandro has been entirely devoted to the photographic project IN EXTREMIS (bodies with no regret).

My photographs are “short stories” about a world that is falling-down. Each shot tells about worn-out characters who, in a sudden black-out of mind and body, crash with no attempt to save themselves. They are unable to, because of the fatigue of the everyday representation of living, oppressed by appearance instead of simply existing. We live in a distorted world of plastic surgery, which perpetuates stereotyped images that feed a preset marketing model. I believe that perfection is in imperfection. It is in strong contrasts, in frailty, and in the humanity that makes each individual different from the rest. I hide the face of my characters in order for their BODY to speak for them. This fall is the point of no return. There’s a saying “you must hit rock bottom to start over”. The FALL of my characters is their HITTING ROCK BOTTOM, as they’ve reached their LIMIT beyond which their FALSE SELF cannot go. Each of them saves an object, they hold it in their hand and it symbolizes this falsification. This pretence is represented not only by the objects but also the clothes, the hairstyles and the location! Everything that is visible in the picture represents their pretence while the smashed BODY expresses the TRUTH, which has to, in fact, crash to be told! I never use dummies in my shots; I use professional actors who are able to interpret what isn’t visible with their bodies, because I want the invisible to be visible. Since I was a child I’ve always loved films by Charlie Chaplin and Laurel and Hardy because they made me laugh. In their films we often see terrible things happen to the characters, serious accidents… THE FALL… The instinctive reaction is bewilderment and awkwardness towards the unlucky fate of the character but then that same awkwardness breaks into a liberating laugh. This is the effect I wish to recreate through my photographs: tell tragedy through irony. A broken down humanity that I look to with fondness and attachment and from which, I myself, don’t feel excluded from. It is this feeling of empathy that allows me not to judge but to share the stories I tell, in the hopes that, if I manage to get a laugh out of a spectator, this be a favourable auspice, one of believing in a better and more AUTHENTIC future. That laugh, finally, is a REVELATION. 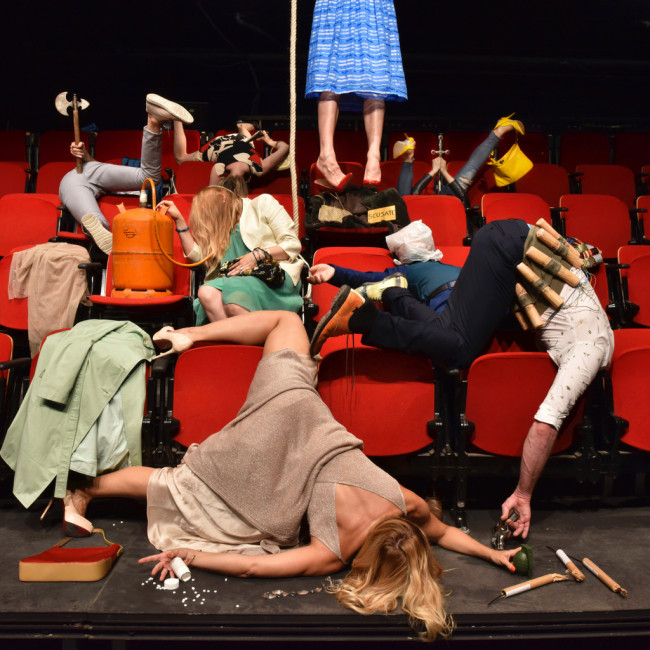 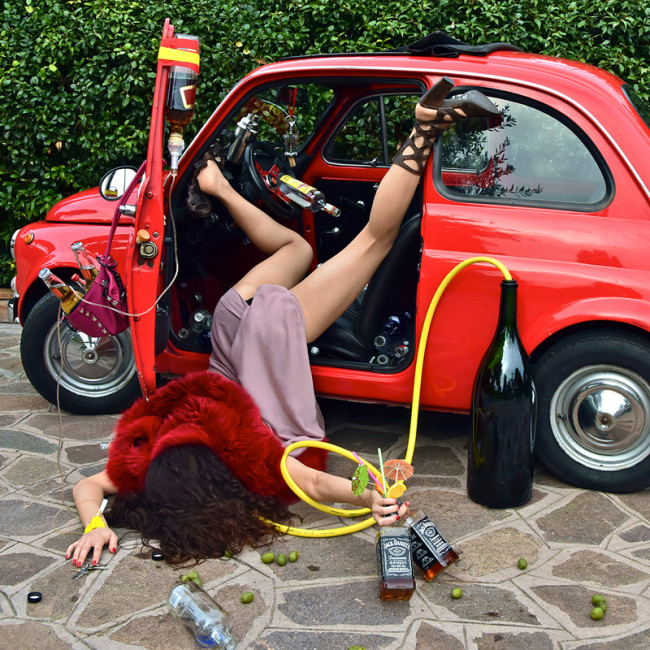