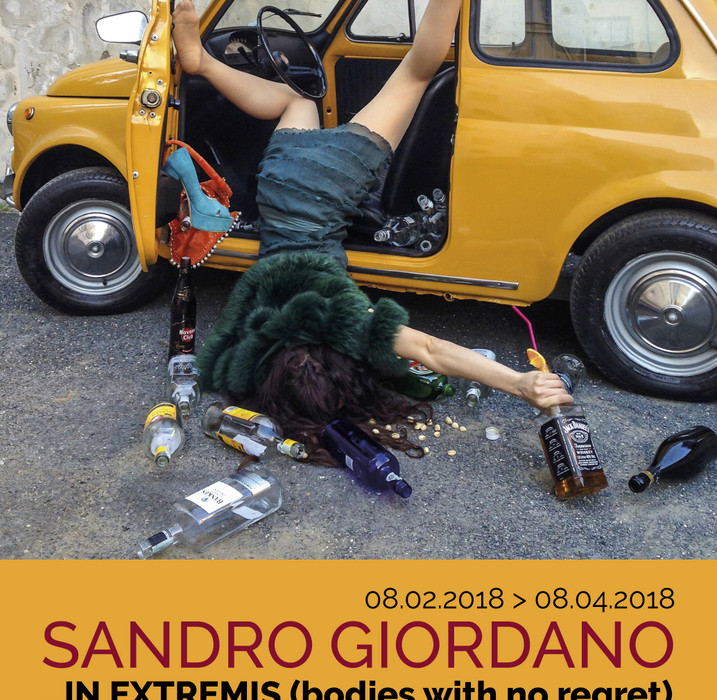 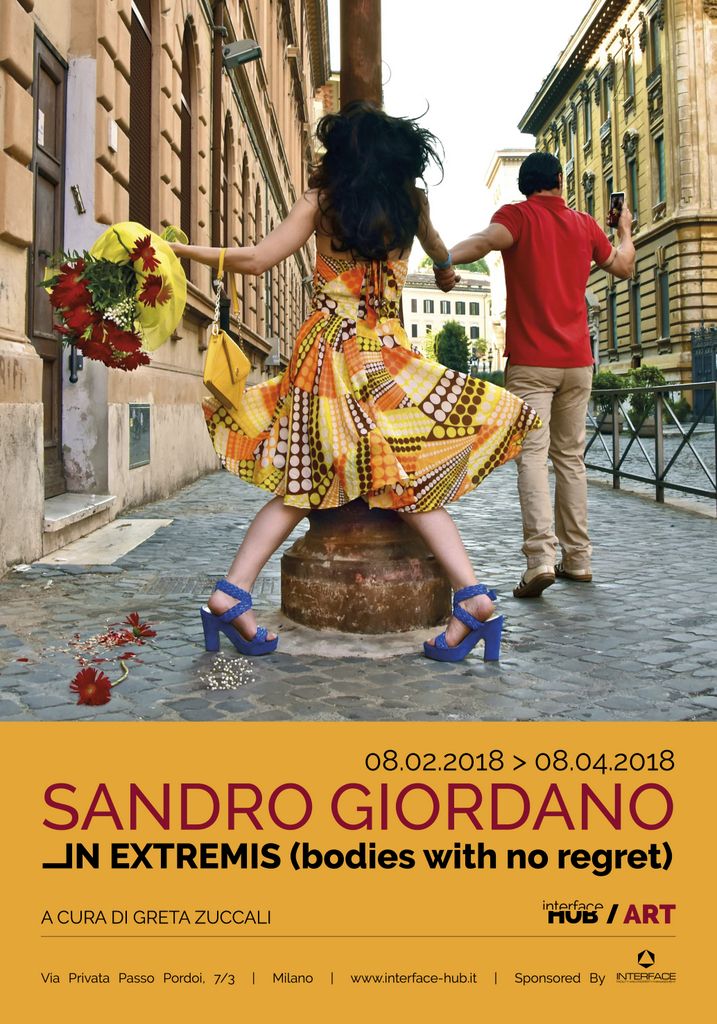 __IN EXTREMIS (bodies with no regret)

Interface HUB/ART inaugurates its next art exhibition on 8th February “__IN EXTREMIS (bodies with no regret)” by
Sandro Giordano, curated by Greta Zuccali.

Inaugurating on Thursday, February 8th, 18.30, and available until April 8th, within the non-profit art exhibition space,
the retrospective dedicated to the photographic project of Sandro Giordano __IN EXTREMIS (bodies with no regret),
who is coming for the first time in Milan.

The exhibition proposes 26 selected photos, from the iconic and appreciated shoot SOBRIA, the censured one
PRI.PO.PO. (women you run the world), the not yet released RED RIDING HOOD, all tied up in pop colours and with the
absence of any kind of faces, the willing of making the bodies talk and to allow to every observer to identify himself.

As Greta Zuccali writes in the catalogue of the exhibition «The human being is literally fracturing and only the objects
he is maniacally surrounded by remain intact. The photographic medium is becoming an exhaustible invitation to
reflexion about a contemporaneity belonging to everyone, with their neuroses and tics, ungratefully laid bare and gently
mocked.

Forthe opening of the vernissage, a presentation by the singer Marianne Mirage, an artist who, after having participated
to the Festival di Sanremo in 2017 with the song «Le Canzoni fanno male», became the voice of the film «The Place»,
directed by Paolo Genovese.

During the opening, starting from 8:15 pm, there will be the opportunity to attend a live performance of Remmidemmi.
The visitors will become the players of a special recreated photographic set inspired by one of the photographs on
display. Each one, photographed with Polaroid, will have the opportunity to pierce the very heart of the __IN EXTREMIS project and in the following days will be able to pick up his shot, signed by the artist himself.
Interface HUB/ART